Over the next three years we are leading over £100million of investment in town centre projects to upgrade transport links, the public realm and heritage assets.

Work is also underway to unlock the regeneration of a 20-acre former industrial site known as Kimmerfields, next to Zurich’s new offices, which since March 2021 has been fully owned by the council. 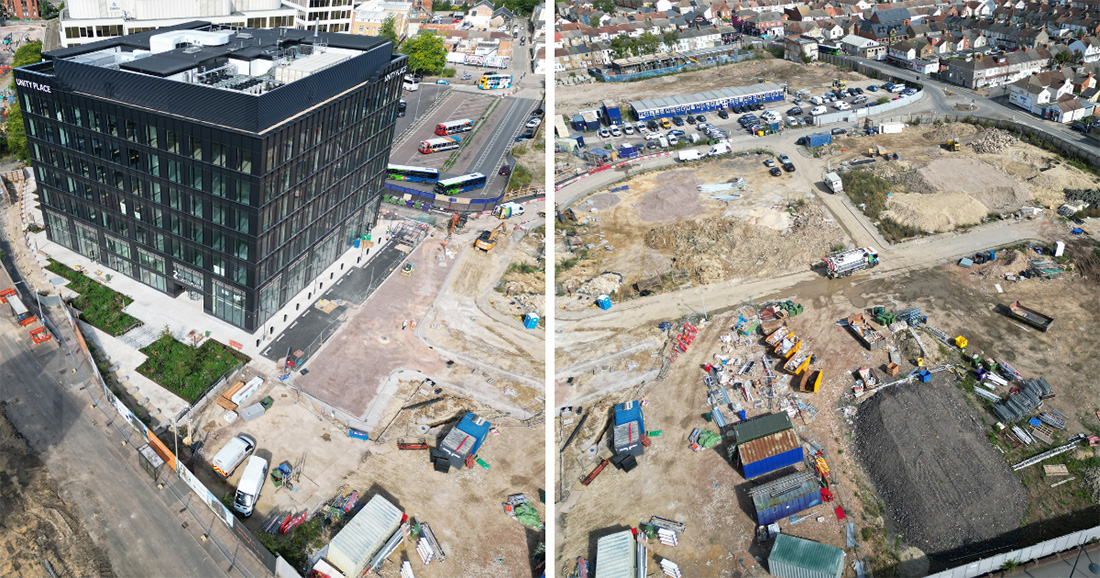 This £16.5million investment in the site, includes a £7.5 million Government contribution following approval of a business case. Analysis estimates the development of the site has the potential to generate an additional £44million of economic benefit over the next 25 years to Swindon’s local economy.

To guide future development proposals on the site and the wider regeneration of the area between Swindon railway station and the retail core of the town, the council has developed an overarching plan. This looks at viable and complementary uses for the site in the years ahead, ensuring these are informed by local need rather than left solely to the market to determine.

The masterplan has been informed by market analysis and discussions with partners, including local arts and cultural groups. It covers new development already completed and underway, as well as plans for the future:

The plan provides clear parameters for the commercial sector to bring forward the investment and specific proposals needed to realise these ambitions for the town centre. 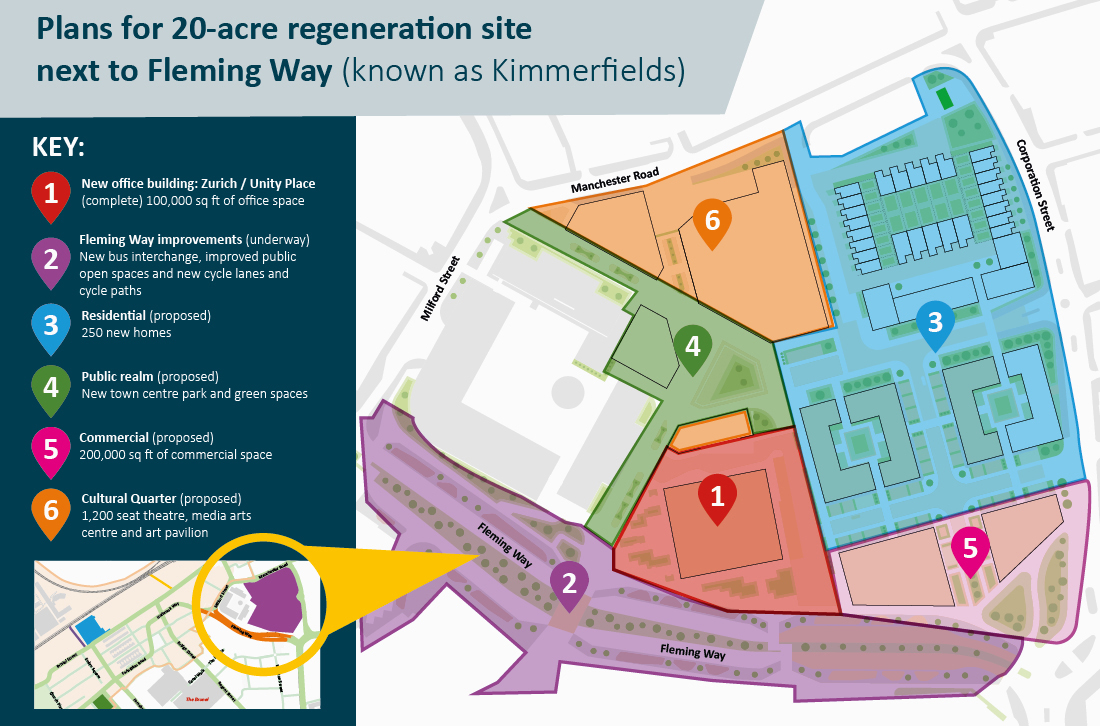