The biggest programme of road improvements in a generation has been delivered to lay the foundations for Swindon’s expansion. 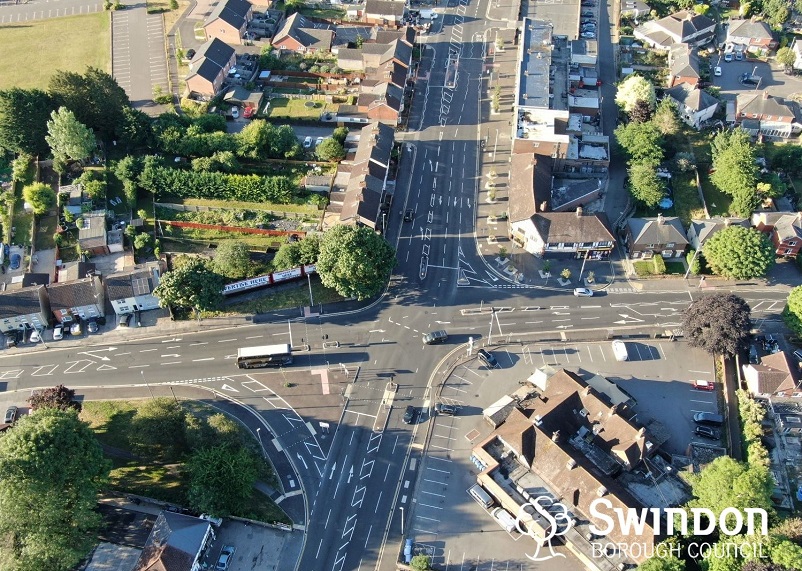 More than £150m has been invested in major upgrades of key junctions and roads over the last five years to create extra capacity before thousands of new homes are built to the east and south of the Borough.

Swindon Borough Council secured the majority of the funding for the schemes following successful bids to the Government through the Local Growth Fund and Department for Transport.

Key gateway junctions to the east of Swindon have been future-proofed before building starts on the 8,000-home New Eastern Villages (NEV) - the largest Greenfield development in the country.

Spanning some 724 hectares, the NEV will include new schools, employment spaces and community and leisure facilities. New cycling and pedestrian routes will be incorporated in the development and there will be plenty of green spaces, including a nature reserve, playing fields and allotments.

In order to allow the development to progress, a number of highways improvement schemes have taken place.

Improvements to White Hart roundabout (£30m), Gablecross junction (£8.4m), Nythe Road/Oxford Road and Piccadilly roundabout (£7.3m) have been completed in recent months, while a £40m scheme to create a brand new link road to the new housing developments within the NEV is well underway. A £5.3m project to widen and signalise Greenbridge roundabout was the first highway scheme delivered as part of the NEV.

The Council also teamed up with National Highways to deliver £17m of congestion-busting improvements at Junction 15 of the M4 to help the busy commuter route cope with peak traffic levels now and when future housing targets in the local area are met.

Elsewhere in the Borough, the Council recently completed a new underpass underneath the M4 motorway to provide a fourth access into the 4,500-home Wichelstowe development, helping to support a new district centre and around 2,000 new jobs, by unlocking 12.5 hectares of employment land.

The £28.7m underpass, which saw the Council’s contractor create a newly-created embankment to keep both carriageways of the motorway open while the complex engineering project was completed, was a planning condition of the Wichelstowe development. The first involved an £11m scheme to create extra capacity at Junction 16 of the M4.

Measures to help other major roads cope with increased congestion as a result of Swindon’s recent housing growth have also been completed at Mead Way (£5.58m) and the Moonrakers junction (£3.89m).

Councillor Gary Sumner, Deputy Leader of Swindon Borough Council and Cabinet Member for Strategic Infrastructure, Transport and Planning, said: “Once dubbed the fastest growing town in Europe, Swindon has always been a dynamic town with an economy a number of cities would be proud of.

“Our location means we continue to attract new firms and we know our population will grow even further over the next two decades. As a result, we need to carefully plan where any additional housing will be built through our Local Plan, and ensure we have the necessary roads, schools and amenities for the people who live here.

“As a council, we have overseen more than £150m of investment in our road network, which would not have been possible without the huge amount of funding we managed to secure from the Government. Although this meant many of the schemes had to be delivered at the same time during the pandemic, we were able to keep traffic moving while the improvements were carried out.

“We now have a set of much-improved junctions and roads with extra capacity which will benefit local residents now and in the future when the thousands of new homes are built in our strategic housing sites.”

Richard Holden MP, the Parliamentary Under Secretary of State (Roads and Local Transport), said: “Swindon’s economy is underpinned by strong transport links, which we have backed with over £55 million in recent years.

“Across the whole country, we have committed £24 billion to take our road network to the next level to ensure it is reliable, greener and meet the needs of all road users.”

“Swindon has a vibrant economy and the potential to create significant economic opportunities over the coming years.  It is important that there is a transport network that can meet the sustainable needs of both current and future generations. These economic improvements will help encourage more people to build their homes, businesses and careers in Swindon.

“We look forward to seeing how the town develops and would like to thank residents for their support and patience whilst these works were completed.”