The owner of a kebab and pizza takeaway, whose shop was closed due to a severe cockroach infestation earlier this year, has been banned from operating any food business. 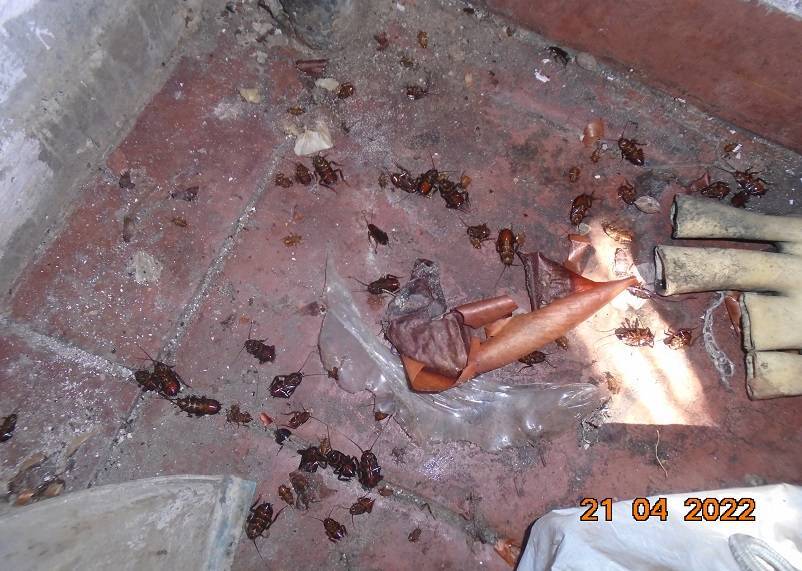 Jamal Majed, who runs Baban Restaurant and Takeaway in Manchester Road, pleaded guilty to five offences under Regulation 19 of the Food Hygiene (England) Regulations 2013 and could face jail after magistrates referred the case to Swindon Crown Court for sentencing.

Mr Majed, was ordered to close his premises by magistrates in April after the Council’s environmental health officers discovered what they described as one of the worst cockroach infestations they had ever seen.

Cockroaches can contaminate surfaces with their excrement and saliva, which contain pathogenic bacteria that can cause food poisoning if the bacteria is transferred onto food, food preparation areas and utensils.

When the infestation was under control, the Hygiene Emergency Prohibition Order was lifted, but the Council’s environmental health team served three Hygiene Improvement Notices (HIN) to ensure Mr Majed carried out further improvements.

Prosecuting solicitor, Daryl Bigwood, representing the Council, told magistrates this morning (18 Nov) that Mr Majed was served the HINs on 20 May and was required to comply with them by 27 June. The court heard that when the Council’s environmental health team visited the takeaway on 28 June he had not complied with the requirements of the HINs.

When interviewed under caution on 18 August Mr Majed said he would comply with the HINs in “two weeks, three weeks, by next month” and would contact the Council when he had done so. Mr Bigwood told the court that as of 16 September no contact had been made and that Mr Majed did not provide any reasons why he had not complied with the HINs.

The court heard that when interviewed under caution Mr Majed told environmental health officers he understood that maintaining hygiene was the main role of a food business operator, but that the restaurant should not have been closed because of the cockroach infestation as in some countries they eat cockroaches.

He also told officers that someone had planted the cockroaches at the restaurant and that he had known about the infestation three or four days before the environmental health team visited the premises, but had continued to trade.

Mr Majed is also a director of the company which owns and runs MJ Kebab & Pizza in Cavendish Square.

Upon hearing the evidence, magistrates issued a Hygiene Prohibition Order, which prevents him from managing any food business.

Mr Majed will next appear at Swindon Crown Court on 16 December.

Councillor Cathy Martyn, Swindon Borough Council’s Cabinet Member for Inequalities, Housing and Public Safety, said: “This business owner showed a complete disregard for his customers by continuing to ignore the Hygiene Improvement Notices following the shocking cockroach infestation that was discovered at his premises earlier this year.

“Food hygiene regulations are in place to protect people’s health and I am pleased the magistrates approved our application for the Hygiene Prohibition Order.

“I would like to thank our officers for all their hard work in bringing forward this prosecution and ensuring that members of the public are no longer being put at risk by visiting an establishment run by this individual.

“This prosecution demonstrates that we will take whatever action is necessary if we believe the health of local residents is put in danger.”