Statement from Swindon Borough Council about Her Majesty The Queen

After Buckingham Palace confirmed the death of Her Majesty The Queen today (08 September), Swindon Borough Council has offered its condolences to the Royal Family. 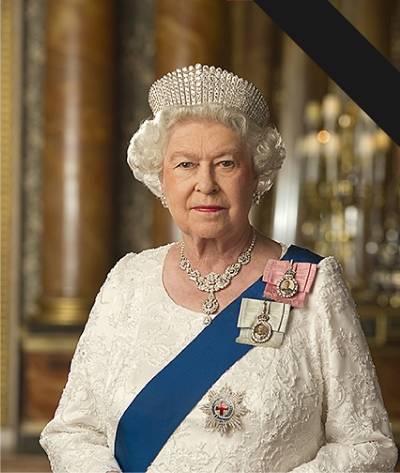 At the Civic Offices, the flags have been lowered to half-mast as a mark of respect.

A condolence book will soon be made available on the homepage of the Council’s website for any resident who would like to leave a tribute or comment and details of other condolence books and tribute locations will be provided in the following days.

Councillor Abdul Amin, The Mayor of Swindon, said: “It is with great sadness that we hear of the news of the death of Her Majesty Queen Elizabeth II, the longest reigning monarch in British history.

“The Queen accomplished many things during her reign and never faltered in her commitment to the people of this country and the Commonwealth.  She saw many changes throughout her lifetime for which she will always be remembered.

“On behalf of the residents of Swindon I convey our deepest sympathy to the Royal Family at this very sad time.”

Councillor David Renard, the Leader of Swindon Borough Council, said: “It is incredibly sad to hear of the passing of Her Majesty Queen Elizabeth II. Her Majesty served our country with great dignity and the longevity of her reign speaks for itself. The love and respect felt by the people of this country are an honour to her lifetime of commitment to us all.

“On behalf of everyone in Swindon, I would like to pass on our condolences to the Royal Family at this difficult time."

"Her Majesty visited our county many times during her reign; to her regiments based here, to Salisbury for HM’s Diamond Jubilee Celebrations in 2010 and most recently to Porton Down in 2020. Her Majesty's long, unique reign, and her wonderful life of service and devotion to the nation will be remembered with deep affection and gratitude.

"We can of course look forward with confidence to His Majesty The King as her true successor and assure him and his family of Wiltshire's loyalty and support."