The famous Swindon Works Hooter will once again sound out across the town as STEAM’s Railway Festival returns to the museum next weekend. 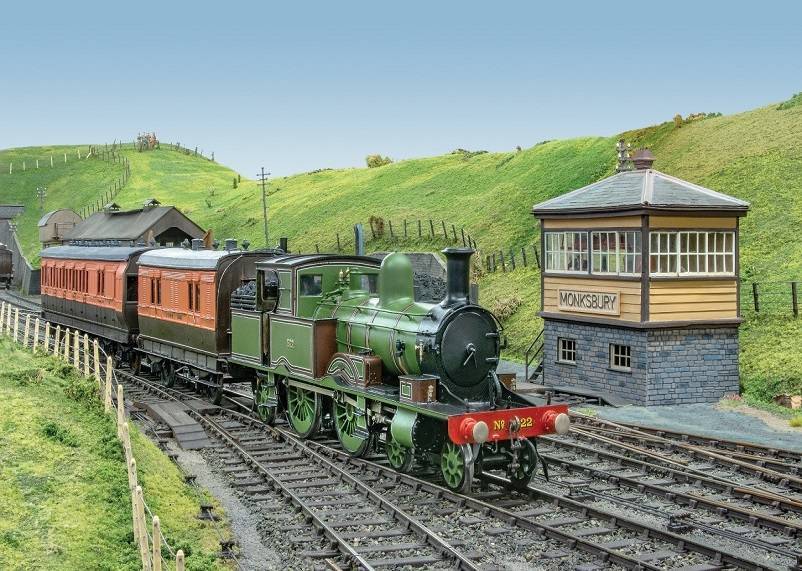 This year’s festival, which will take place on Saturday, 10 and Sunday, 11 September, includes 23 incredible model railway layouts that will be uniquely displayed alongside iconic Swindon-built locomotives.

Ian Surtees, STEAM’s Deputy Manager, said: “Now in its 21st year, the Swindon Railway Festival is one of STEAM’s biggest annual events. It’s a celebration of all things Great Western Railway and features some of the UK’s finest model railway layouts.

“This year’s event remembers our dear friend Owen Gibbon, who for many dedicated years worked with staff at STEAM to help organise the festival and attracted the best railway layouts and demonstrators to the show. All of the layouts attending the event this year were specially selected by Owen before he passed away last year.

“The layouts are built by some of the UK’s most experienced and expert model railway creators. One highlight I am particularly looking forward to seeing is the magnificent 7mm layout entitled ‘Monksbury’ by the acclaimed Weatherbury Magna Group. Railway Modeller magazine featured the model as their ‘Railway of the Month’ for August.

“STEAM will also be taking pre-orders for our brand-new Western Enterprise D1000 model at the festival. Exclusive to STEAM, only 500 limited edition models will be available to purchase.”

On both days of the festival, smoky smells and evocative sounds will emanate from the front of the museum as Swindon firm Hatch Heritage & Steam Engineers display a selection of their vintage traction engines.

History will come to life when live steam is used to power the museum’s own replica of the famous Swindon Works Hooter. The hooter was sounded every day until the Works closed in March 1986 - to remind GWR employees and their Swindon families of the time. STEAM will be sounding the hooter every hour on the hour to bring back this ‘sound of Swindon’.

Councillor Matty Courtliff, Swindon Borough Council’s Cabinet Member for Culture, Heritage, Leisure, and Town Centre Experience, said: “The Swindon Railway Festival is a fantastic tribute to Swindon’s heritage and has been a highlight of STEAM’s events calendar for many years.

“Having worked for the railway for nine years, I am thrilled that the festival is returning this year and the fact that we will have the sounds of the replica Swindon Works Hooter will make the event even more special and is sure to bring back many memories for people in the town.

“Admission to the festival also includes entry to the museum itself, so the event offers great value for an amazing day out. Visitors can test their skills in the recreated GWR Signal Box, see iconic Swindon-built engines, and try out the steam train simulator as they travel through STEAM’s award-winning displays.”

More attractions at the show include trade stands selling model railway locomotives, kits and accessories, tools, plus railway books and gifts. A considerable number of local and national preserved heritage railway organisations will also have displays at the event.

Visitors to the event can observe fascinating modelling demonstrations throughout the weekend and chat to specialist modellers for tips and advice on loco and wagon building, soldering and weathering techniques.

The event is also a great opportunity to view STEAM’s three new exhibitions for 2022: ‘High Voltage – Electrification of the Western Network’, ‘The Diesel Decades’ and ‘Changing Trains – the Journey from Broad Gauge to Standard Gauge’. STEAM’s refreshed displays explore the story of changes to train travel on the GWR network.

Admission prices are: £14.50 for adults, £9.70 for children, and £11 for students and seniors. Under threes go free. Family tickets are also available.

Doors open between 10am and 5pm on both days. Visitors are encouraged to book tickets in advance via the STEAM Museum website.

Tickets are on sale now at www.steam-museum.org.uk

*Currently on loan to STEAM from the National Railway Museum.