One of Swindon’s most popular events will celebrate its 20th anniversary at STEAM – Museum of the Great Western Railway with a special tribute to the town’s railway heritage. 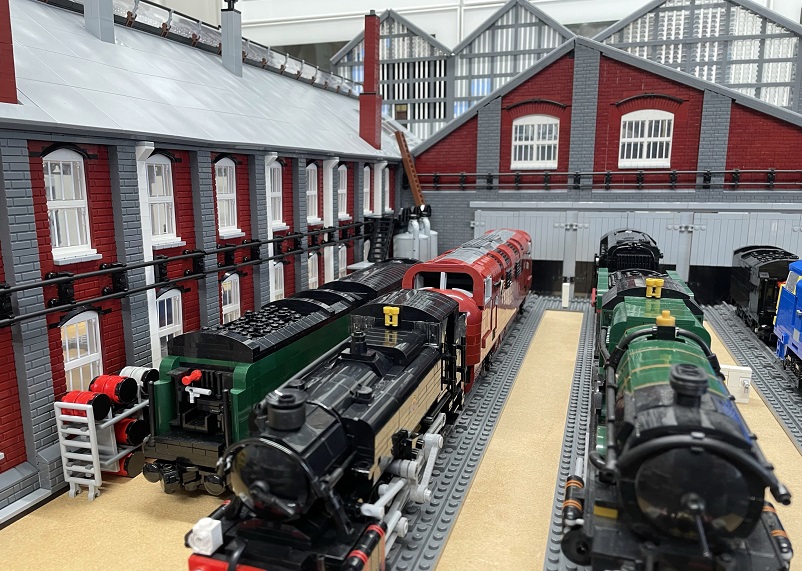 Martin Long, co-organiser of the show on behalf of Brickish, the UK club for adult LEGO® fans, said: “We are thrilled to be celebrating 20 years of amazing shows by Brickish members this year. The very first public LEGO® fan event in the UK was held at STEAM in February 2002 with just a handful of members who brought a LEGO® train display to the museum. Over 200 people came to see the models, and were amazed by what adult fans could build with the LEGO® bricks.

“Since then, the Great Western Brick Show has grown year on year and this year we expect to welcome over 6,000 people through the doors over the event weekend.”

Martin added: “Our show at STEAM attracts visitors from across the UK, and beyond. Our aim is always to inspire children and adult LEGO® fans to get involved and build their own models at home.

“We believe in the power of imagination. Our model creators achieve amazing builds every year that are sure to offer plenty of inspiration to visitors.

“All of our unique displays are built by Brickish members and many are on public display for the first time.”

Appearing at the event this year is a LEGO® model of the historic Swindon Works buildings. Created by Paul Robinson, the 180 square feet model is complete with Great Western station and signal box, locomotives and track, the Weighbridge, and a section of ‘A’ Shop, which was once the largest covered workshop in Europe.

Immortalising the town’s railway works has been no small feat, as Paul Robinson, Swindon Works model creator explains: “I’m a Swindonian that grew up in the 1970s with the distant sounds of the Works hooter punctuating daily life. Seeing Swindon-built locomotive King George V on display at STEAM inspired me to build a range of replica GWR engines and rolling stock. It was from here that my plans for a model of Swindon Works truly began.

“I meticulously researched each locomotive and the Swindon Works building so that I could design the LEGO® model as close to the original as possible. Harnessing my passion for art, design, engineering, and architecture, I spent five years designing, planning, and researching to bring the vision to life, plus tens of thousands of bricks.

“I look forward to exhibiting the model at this year’s Great Western Brick Show and it’s fitting that visitors will be able to view it at STEAM, a restored railway building in the heart of the former Swindon Works.”

Councillor Matty Courtliff, Swindon Borough Council’s Cabinet Member for Culture, Heritage, Leisure and Town Centre Experience, said: “The Great Western Brick Show has been a highlight of the STEAM calendar for two decades and it just gets better and better each year.

“This year will be no exception and I can’t wait to see Paul Robinson’s fantastic model of the Swindon Works as well as all the other wonderful displays. It really is an event not to be missed.”

The event in October will also feature a giant LEGO® mosaic that visitors can help build over the weekend, plus the official LEGO® shop and market place.

Tickets must be booked in advance through the STEAM Museum website: www.steam-museum.org.uk