Local people and organisations have been praised for their passionate support of Swindon's bid to become the home of the new Great British Railways HQ. 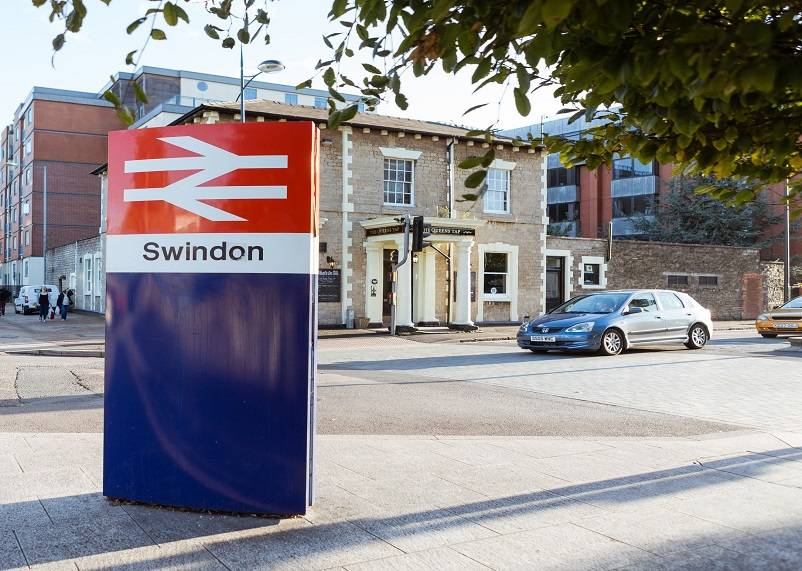 Earlier this year, the Government announced it was looking for a new headquarters outside London for GBR, which will become the single, accountable body responsible for running Britain’s railways.

Alongside 41 other towns and cities, Swindon Borough Council submitted an expression of interest on behalf of the town in March, with the support of over 25 businesses and organisations, including Panattoni and GWR, as well as Wiltshire Council and Cotswold District Council.

Today (5 July), the Government announced a shortlist of six locations, all located in the Midlands or the North of the country, which will progress to the next stage of the competition.

Whilst it is disappointing that Swindon is not on the list, the Council has extended its appreciation to the thousands of local people who have continued to show their support for Swindon’s bid over the last few months.

A survey, launched by the Council in March, asked residents for their views on whether Swindon would make a good location for the HQ. In total, over 3,600 residents responded, with just over 95 per cent of respondents supporting Swindon’s bid.

Local organisations also came forward to show their support for Swindon’s bid. As well as the original support for Swindon’s Expression of Interest, an open letter to Secretary of State for Transport, Grant Shapps, promoting the benefits of Swindon as the location for the HQ, was signed by 16 organisations, including major employers Zurich Insurance and Nationwide Building Society.

Councillor David Renard, Leader of Swindon Borough Council, said: “With 3,500 residents pledging their support for Swindon’s strong bid, we are all naturally disappointed that the town has not made the shortlist.

“It was overwhelmingly clear from the many public comments received, that the community are not only hugely proud of Swindon’s railway heritage but also recognise what today’s Swindon has to offer. That includes being home to one of England’s most productive workforces and an impressive technical educational and training offer.

“Railways are part of Swindon’s DNA – our past, present and future. This can be seen in the £14m refurbishment of Brunel’s historic Carriage Works, our wonderful Steam Museum and in the work to protect and promote Swindon’s Railway Village through the £1.6million Heritage Action Zone project.

“Thank you to everyone who championed Swindon’s bid, including the local businesses and organisations that signed an open letter to the Transport Secretary. Competition from across the country was fierce and we wish those who were shortlisted the best of luck. Meanwhile, we will continue to breathe new life into all aspects of our railway heritage for the enjoyment and benefit of all.”

Councillor Jim Robbins, Leader of the Labour Group, said: “It is a real shame Swindon has not been selected as one of the final six towns and cities, but what this process has shown us is that there is tremendous civic pride in the town’s association with the railways and it was great to see that local support.”