Swindon has been given a second early Christmas present by the Government in the shape of £5m in funding to help bring an important part of the town’s railway heritage back to life. 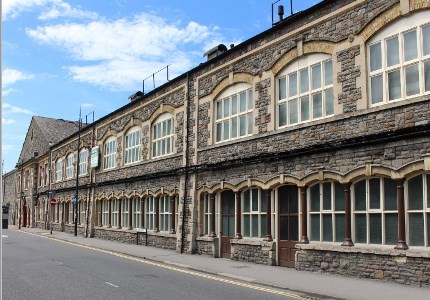 It is the second successful bid for funding by Swindon’s Towns Fund Board, which recently obtained £6m from the Government to kick-start a flagship regeneration scheme at Kimmerfields in the heart of Swindon town centre.

The latest announcement is part of over £100M of Swindon Borough Council-led investment in town centre projects over the next four years, the majority of which has been secured though funding bids to central Government.

Swindon’s Towns Fund Board, of which the Council is a member, has identified six projects, which will bid for a share of £19.5m from the Government’s Towns Fund.

This latest £5m will bring four units of Brunel’s Grade II-listed former Carriage Works, which falls within the newly-designated Heritage Action Zone, back into viable use.

The building, located on London Street opposite the Mechanics’ Institute, has been partly restored as a business incubation centre and Cultural Heritage Institute for the Royal Agricultural University, but much of it has lain empty as it was too costly to be brought forward through private sector investment.

The Towns Fund investment will expand on the regeneration works to date to refurbish units 8, 10, 12, and 13 in the West Shed to create approximately 1,951 sq m of new office space for creative and digital SMEs, including the necessary structural works.

It will open up a vacant heritage asset for re-use as a commercial premises, which it is estimated, will generate an additional £23.9m of economic benefit over the next 25 years to Swindon’s local economy. The units will also generate a rental return for the Council.

Richard Newland, chairman of the Swindon Towns Fund Board, said: “I was fortunate enough to be given a tour of the Carriage Works recently and it was fantastic to see the work that has already been done to sympathetically bring an important local landmark back into modern use, while maintaining the external Victorian character of the building.

“This latest funding from the Government will help us deliver more of the same and allow businesses of the future to connect with the town’s rich railway heritage.

“I’d like to thank all the members of the Towns Fund Board for their work in scrutinising the businesses cases for both the Carriage Works and Kimmerfields projects, which have secured £11m to benefit the town centre’s regeneration.”

Councillor David Renard, Leader of Swindon Borough Council, said: “It is really wonderful news that the Government has recognised Swindon’s potential by awarding us this money.

“By bringing the four Carriage Works units back into use we are not only preserving and enhancing an important heritage building, but also creating an inclusive shared business environment for creative and digital SMEs, which is a flagship component of Swindon’s Heritage Action Zone.

“It is another example of how the Council is using government funding to stimulate the town centre’s visitor economy and generate activity along London Street, encouraging journeys on foot from the railway station and town centre to the Heritage Action Zone.”