Swindon Trading Standards officers will continue to work closely with local retailers to make sure they play their part in ensuring knives do not fall into the hands of young people. 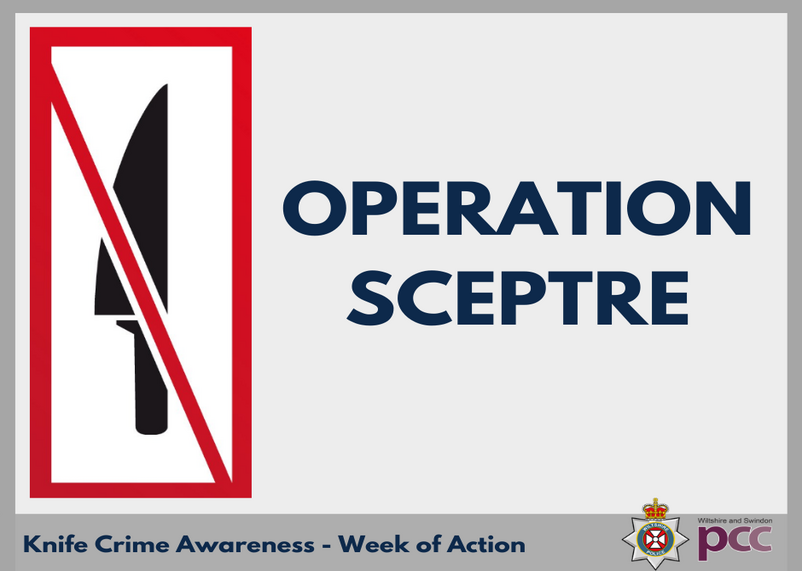 On Saturday (20 Nov) Trading Standards officers from Swindon Borough Council joined forces with Wiltshire Police to carry out a knife test purchasing operation in the town as part of the Operation Sceptre national anti-knife crime campaign.

Wiltshire Police Cadets, aged between 15 and 16, went into the shops with the aim of trying to buy a knife.

As well as targeting the national chains, four independent shops were also visited by an under-age purchaser with three of those retailers refusing to sell the knife.

The national chains that failed the test purchasing will be reported to their Primary Authority Trading Standards services for further investigation and further local test purchases will be conducted to identify their compliance.

The local retailer that failed the test purchasing will undergo a review of its underage sales policy and systems by Swindon Trading Standards and will be offered support and advice to ensure compliance in the future. Further test purchases will also be conducted in the future to ensure the correct procedures are being followed.

Councillor Cathy Martyn, Swindon Borough Council’s Cabinet Member for Housing and Public Safety, said: “Test purchasing operations like this are incredibly important in our bid to stop the sale of knives to children as we have a duty to keep people safe.

“Although it is extremely disappointing that eight national retail chains failed to comply with their legal obligations, it was positive that the majority of independent local retailers and the other national retailers are complying with the law and refused to sell knives to children.

“We're working with our partner Trading Standards teams and the businesses themselves to make sure this doesn't happen again. It is a criminal offence to sell knives and bladed articles to children and a summary conviction carries a penalty of six months imprisonment or a fine of £5,000, or both.

“This operation is a stark reminder to businesses and their staff that they need to take the sale of all age-restricted products seriously otherwise they could find themselves being prosecuted.

“We are determined to tackle this issue and are committed to working alongside our partner agencies to ensure compliance and to help reduce the risk to our communities. Wiltshire Police and Swindon Trading Standards will be undertaking test purchase operations in the future in order to ensure local businesses continue to fulfil their legal obligations.”

Inspector David Tippetts from Wiltshire Police said: “Knife crime and the carrying of knives is a concern amongst some young people and one way to help reduce this is to prevent the sale of knives to those under 18 years old.

“The majority of retailers have robust rules and due diligence in place and wouldn’t sell to those underage, however, by working with Trading Standards to visit retailers, we can get a good idea of whether knives are being illegally sold to young people.

“This activity is all part of our latest knife crime campaign and amnesty – Op Sceptre - aimed at preventing further knife crime and offering the opportunity for people to dump their unwanted and illegal knives without questions being asked.

“My message to retailers is, always check a young person’s ID and question why they would want a knife. If in doubt don’t sell them one. Your actions could save serious harm being caused to that person or another.”