Station Road is set to receive an eco-friendly upgrade next year to help encourage more people to cycle through Swindon. 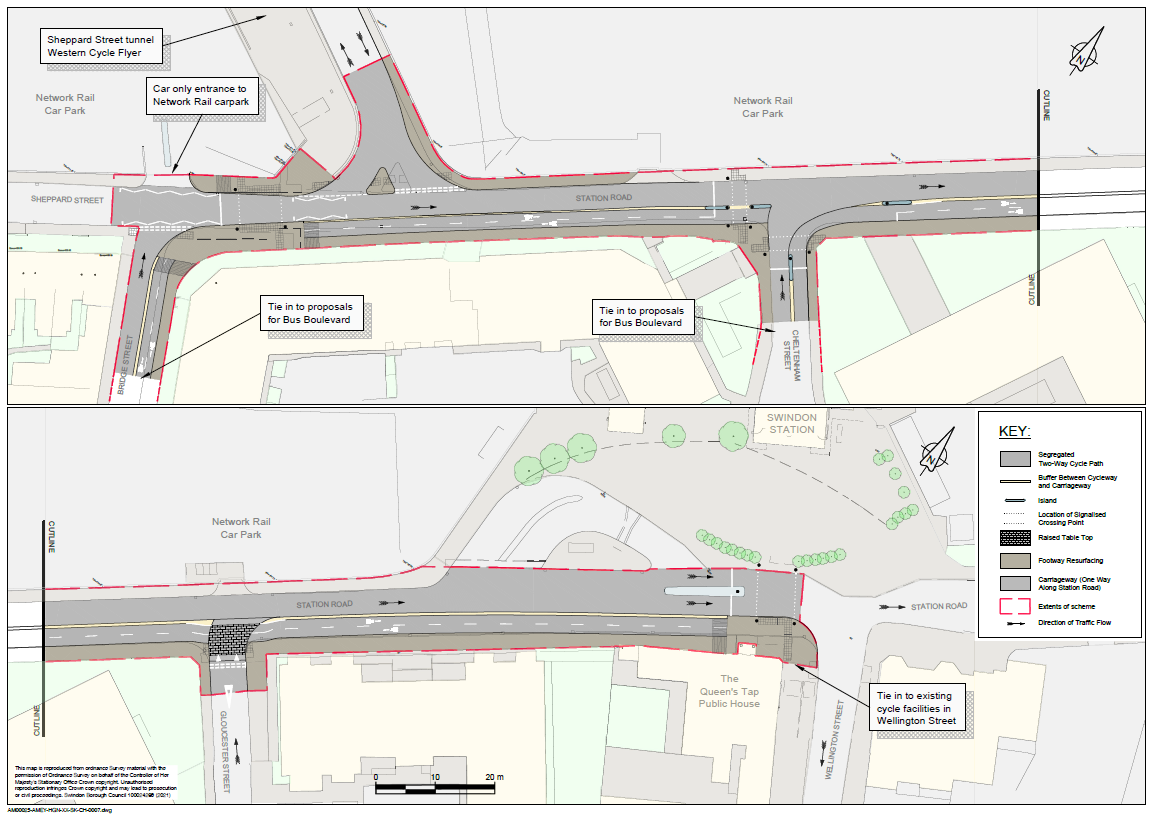 Thanks to funding from the Government’s Active Travel Fund, one lane of Station Road will be closed and converted into a two-way cycle path.

The new path will improve the connection between the Western Flyer cycle route and the train station and will link to the new Fleming Way Bus Boulevard.

The scheme has been developed in partnership with a number of groups including local businesses, bus companies, train companies and taxi drivers.

Local residents, cycle groups and disability groups have also worked closely with the Council to make sure the new road is accessible to everyone no matter how they travel.

Part of the upgrade will include a switch to smart traffic lights and crossing systems in order to help offset any travel delays to motorists.

Work on the cycle-friendly scheme is planned to begin in late-January with completion expected in Spring 2022. The scheme is expected to cost £728,000 with £585,000 coming from the Active Travel Fund. Specific details on any closures will be announced closer to the time.

It is hoped the new cycle lane will encourage more people to turn to the environmentally-friendly form of transport - reducing the reliance on cars in the area and improving local air quality for residents.

Swindon already has a number of different cycling and walking routes that connect various areas of the town and are regularly used by residents on a daily basis.

“Not only will it improve cycle links in the Station Road area, but it will also enhance the road for pedestrians and drivers.

“We hope that the introduction of this new cycle lane will encourage more people to take up this form of transport and lower their own carbon footprint to help the town reach net zero emissions by 2050.”

Dick Millard, from Swindon Cycle Campaign, said: “One of the greatest barriers for people who want to cycle is a feeling that it’s not safe for them on the roads.

“Having this scheme, which separates cyclists from other road users, is a great idea and we hope it will help people wanting to cycle to or from the rail station. Although the scheme is a relatively small one, it uses modern design rules.

“We hope there will be many more such schemes in the future, including along the proposed Fleming Way Bus Boulevard and along to the Heritage Action Zone in the Railway Village, which will begin to create a network of safe, accessible cycle paths across the town.”

Residents can access cycling and walking maps as well as a journey planner through the ‘Be The Change’ webpages to help them transform their daily commute and reap the rewards of a healthier lifestyle.

More ways for residents to reduce their carbon footprint can be found through the ‘Be The Change’ webpages at www.swindon.gov.uk/bethechange