Swindon Borough Council wants residents’ views on the creation of two proposed Public Space Protection Orders (PSPOs) which are designed to curb anti-social behaviour from a minority of people who drink excessive alcohol in Queen’s Park and Broadgreen. 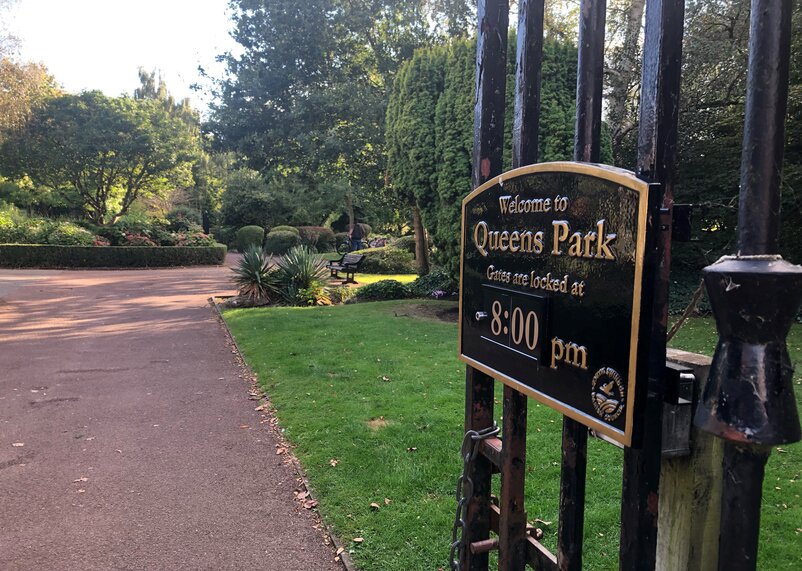 Following complaints from South Swindon Parish Council, members of the public, local businesses and the Police, the Borough Council has drafted proposed PSPOs. These would give the Police and authorised officers powers to issue Fixed Penalty Notices. Officers will always provide advice to people that they need to stop drinking and hand over their alcohol in the first instance.

PSPOs were introduced as part of the Anti-social Behaviour, Crime and Policing Act 2014 and are primarily aimed at changing and improving behaviour.

Anyone caught breaching the order would be advised to stop their activity. However, if they failed to do so, a fixed penalty notice of £100 might be issued. If it isn’t paid, it could result in court action.

The proposed PSPO covering Queen’s Park would prohibit the drinking of any alcohol by anyone at any time within the boundary of the park, subject to statutory exceptions.

The proposed Broadgreen PSPO would prohibit the drinking of any alcohol by anyone at any time covering an area including Corporation Street, Station Road, Ocotal Way and the old canal path leading to the Magic Roundabout through to Groundwell Road. This is designed to stop people behaving in an anti-social way, which intimidates people who live and work in the local area. Licensed premises within the area are exempt from the control.

Further details about the PSPOs can be found via: www.swindon.gov.uk/PSPOconsultation

Consultations for each proposed PSPO are open from today (17 Sep) and will be open until midnight on Friday, 22 October. Members of the public can access the consultation survey for the Broadgreen PSPO via: www.smartsurvey.co.uk/s/BroadgreenPSPO

The consultation survey for the Queen’s Park PSPO is available at: www.smartsurvey.co.uk/s/QueensParkPSPO

Councillor Cathy Martyn, Swindon Borough Council’s Cabinet Member for Housing and Public Safety, said: “We have received a number of complaints about anti-social behaviour arising from excessive drinking in both Queen’s Park and in the streets and alleyways around Broadgreen. These proposed PSPOs are designed to actively encourage people to change their behaviour by banning anyone from drinking any alcohol within the areas covered by the proposed PSPOs.

“Residents need to be able to enjoy the area where they live, not to feel intimidated by people who are drunk and behaving in an anti-social way. COVID-19 has shown us how important our outside space is, and this includes the streets where people live, as well as their local parks.

“Anyone contravening the PSPOs would first be given advice that there is a PSPO which prohibits alcohol in this area, and therefore they must stop drinking and hand over any alcohol. We expect everyone to comply with this request. If anyone wants support to drink less, then the officer would give them the information about the help and support available to them.

“If anyone refuses to stop drinking alcohol on the streets or in the park (in the areas covered by these proposed PSPOs) then the PSPOs allow us to issue a Fixed Penalty Notice – i.e. a £100 fine. We don’t want to fine people, we’d far rather they didn’t behave in an anti-social manner in the first place, but we need to try to stop their behaviour from disturbing and intimidating other people. People need to feel safe in the areas where they live and in the park where they go to relax, meet friends and enjoy themselves.

“Please, we need you as local residents and businesses to formally give us your views on these proposed PSPOs. Please use the online surveys to make sure your views count. Or if you can’t access them online, please contact South Swindon Parish Council.”

PC Aidan Hillier from the Swindon Community Policing Team said: “For the last year, we’ve been working closely with the Council to get the PSPOs to this stage.

“It’s been a problem for the local community in Broadgreen and for anyone who wants to enjoy one of Swindon’s most underrated public spaces at Queen’s Park.

“I hope that by curbing the excessive drinking we see on a regular basis at these locations, it’ll bring peace to residents and businesses alike.”

Councillor Chris Watts, Chair of South Swindon Parish Council, said: “The Parish Council is very pleased the people who live in Broadgreen and who use Queen’s Park are being given the opportunity to decide whether they would like to see new powers that can address anti-social behaviour in both places. It gives residents the chance to decide the future of their areas.

“The PSPO gives powers to the Police and enforcement officers to address this. So long as it is enforced properly, I think it could be a common sense measure that will help improve the experience for people in both Queen’s Park and Broadgreen.”