A town centre car park will be demolished later this month to help pave the way for a major £33m scheme to improve Swindon town centre. 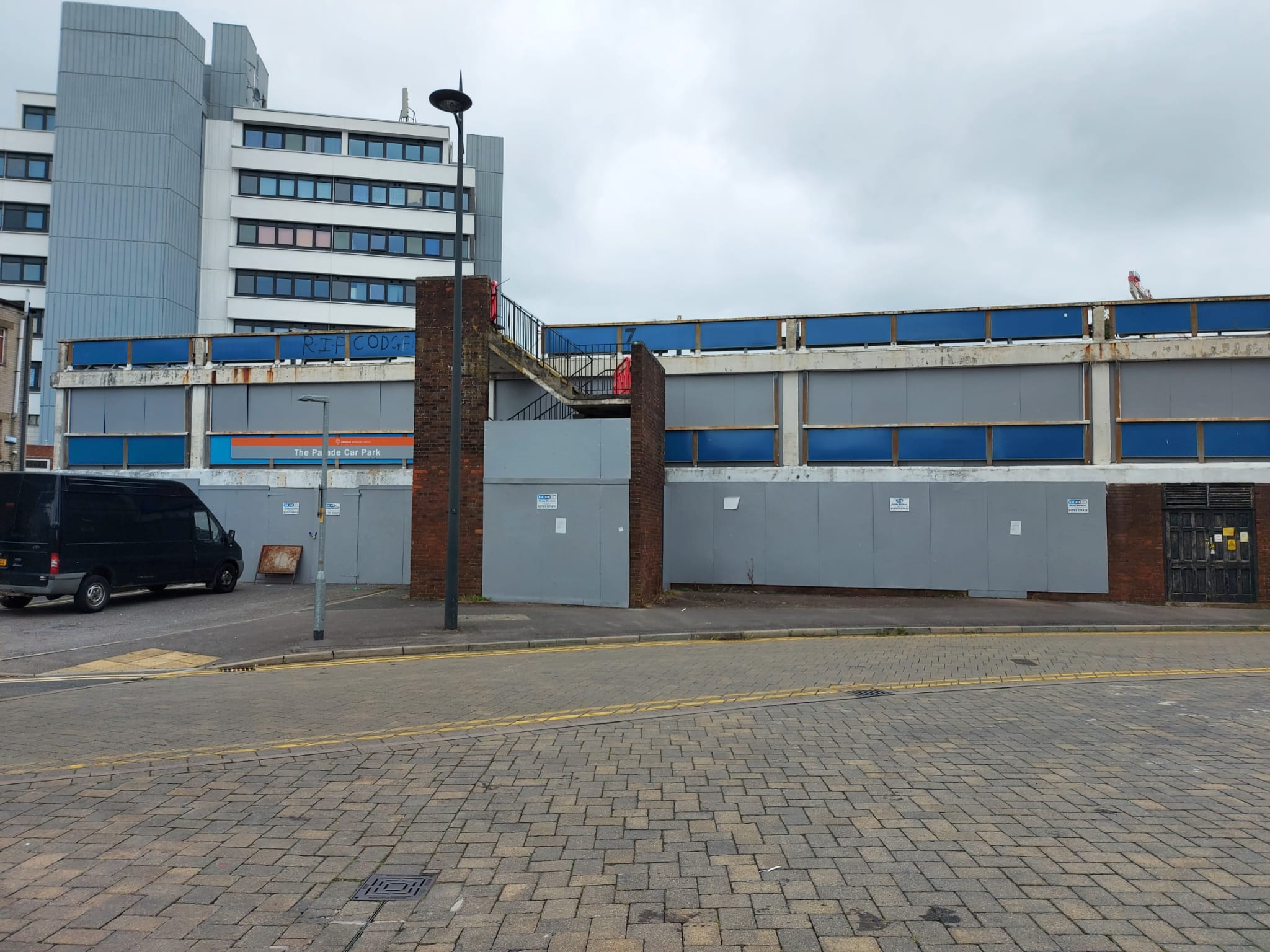 The Parade multi-storey car park behind the H&M store, which has been closed to the public for a number of months, will be removed as part of the Fleming Way Bus Boulevard scheme.

The disused car park will be demolished so that the site can be included in the wider plans for the new bus interchange, providing the bus stops for some of Swindon’s rural bus services.

Local demolition specialist Lawson Group have been appointed to carry out the demolition work which will begin on 20 September and will last approximately two months.

When the work is ongoing, pedestrians will be unable to access the walkway alongside the car park on Fleming Way. However, they will still be able to walk along Fleming Way at the upper level where buses currently stop, in order to reach The Parade shopping area.

Councillor Gary Sumner, Swindon Borough Council’s Cabinet Member for Infrastructure, Transport and Planning said: “It’s great to see visible work starting on one of the biggest projects in the town in recent years.

“The new Bus Boulevard will help improve transport links into the town centre as well as providing a hub for those wanting to travel around the town and even for passengers coming in from the wider area.

“But it isn’t just a transport hub, this is a significant investment in our town centre which will help raise land values in the local area, attracting additional investment to improve the wider town centre.

“It will also create a seamless link between the existing retail centre and Kimmerfields which will make a new green corridor at a key entrance to Swindon.

“The demolition of the car park is just the beginning and I can’t wait to see the project take shape over the next few years.”

The Bus Boulevard scheme will see Fleming Way completely transformed to include a new public open space on the north side with a green central area to increase biodiversity.

The scheme will also feature much-improved pedestrian and cycle routes and the removal of the current Fleming Way underpass creating an attractive route from the train station into the town centre.

The scheme will complement the new Zurich office block which is currently under construction, and the proposed Cultural Quarter, which will sit between the railway station and Fleming Way.

The Council is currently in the process of procuring a main contractor for the Bus Boulevard scheme.

Members of the public can receive updates on the Fleming Way Bus Boulevard scheme by signing up the project’s e-newsletter at: www.swindon.gov.uk/newsletter