Planning permission granted for up to 1,550 new homes at the New Eastern Villages

The latest phase of what will be one of the largest greenfield developments in the country has been given planning permission by Swindon Borough Council. 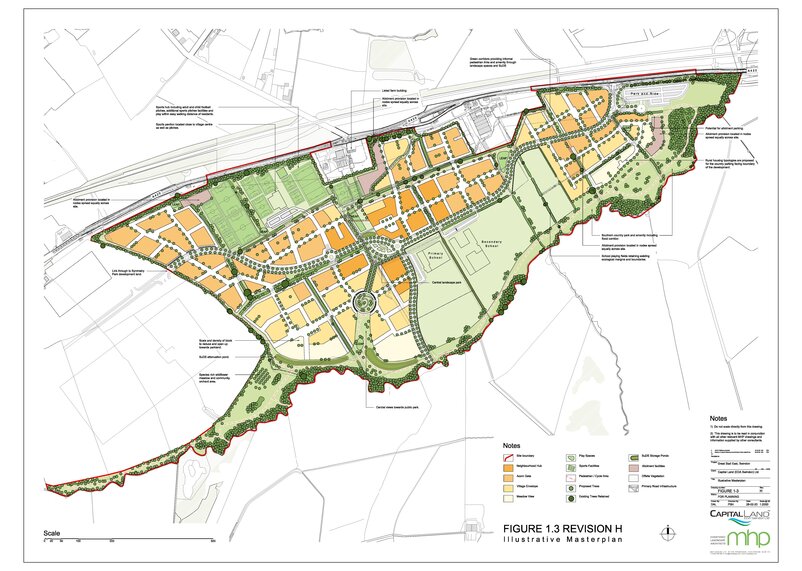 Outline planning permission has been granted for 1,550 new homes on land at Great Stall East, just south of the A420 (Shrivenham Road) to the east of Swindon.

The planning application for the development, which was submitted by Capital Land Strategic Planning, will also deliver a new primary and secondary school, a site for a Park and Ride, as well as a sports hub.

The next stage of the planning process will involve the approval of detailed applications and design codes.

The land at Great Stall East forms part of the wider New Eastern Villages (NEV), which will deliver of 8,000 homes, new schools, employment spaces and community and leisure facilities.

It will be located to the east of the A419 and is estimated to span 724 hectares, with its eastern boundary reaching the point at which the River Cole meets the A420.

Key cycling and pedestrian routes will be incorporated in the development and there will be plenty of green spaces, including a nature reserve, playing fields and allotments.

Significant work is already underway on the neighbouring highway network with tens of millions of pounds being spent on upgrading nearby junctions to ensure they can cope with future traffic levels associated with the NEV.

Councillor Gary Sumner, Deputy Leader of Swindon Borough Council and Cabinet Member for Strategic Infrastructure, Transport and Planning, said: “The New Eastern Villages will be one of the largest greenfield developments in the UK providing urban life within a countryside setting.

“Each element of the NEV has been carefully designed to provide a series of linked villages, rather than the traditional urban extensions of the past and will be delivered in a phased way. We are delivering sustainable communities with green open space, recreational facilities, brand new schools and employment land.

“This latest planning permission for the land at Great Stall East follows the recent permission that was granted for 2,380 homes at South Marston and Rowborough, while an additional 2,500 homes at Lotmead were approved earlier this year.

“Amazon is well on the way to delivering its new distribution site at nearby Symmetry Park bringing with it 1,300 jobs so we are making great progress in delivering the next exciting chapter in Swindon’s continued expansion.”