Swindon is preparing to build on the successful legacy left by the Japanese car giant Honda, as the last cars rolled off the production line at its South Marston factory this week. 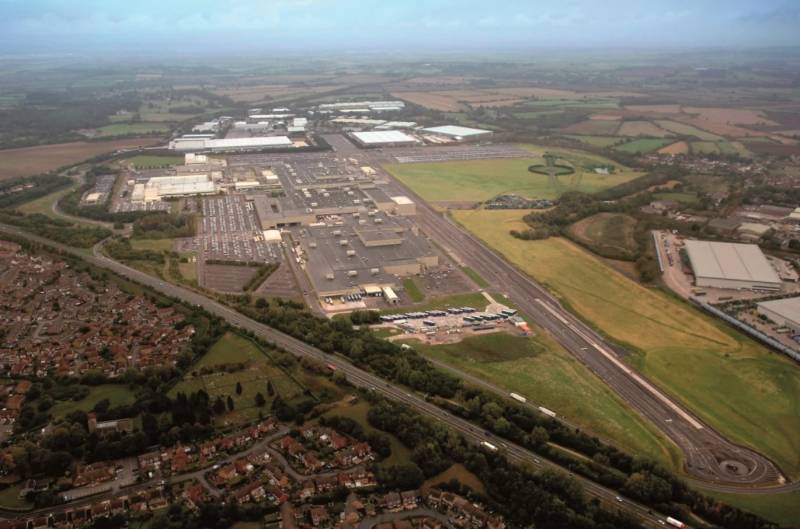 That is the view of Swindon Borough Council’s Deputy Leader, Councillor Gary Sumner, who says Honda will leave the town in a far stronger position than when it first set up its plant in the mid-1980s.

Thirty-five years after it first started to produce cars from its 370-acre site, Honda will close its doors for the final time today (30 July), but the company leaves behind a highly-skilled workforce which is already in demand from several of the town’s employers.

“It will be a very sad day when Honda closes because the company has been such a big part of Swindon’s history over the last three decades. Most people here will know someone who has worked at the factory during that time,” said Cllr Sumner, who is also the local authority’s Cabinet Member for Strategic Infrastructure, Transport and Planning.

“Honda has been one of our top employers and an important part of our local economy which helped fill the void left by the closure of the town’s railway works. Since that time it went from strength to strength and it has equipped its workers with skills which will stand them in incredibly good stead for the next chapter of their careers - and lives.”

After Honda announced its intention to leave Swindon just over two years ago, the Honda and Supply Chain Coordinating Steering Group, led by Swindon Borough Council, has been overseeing additional support for Honda workers and those working in the wider supply chain.

This has included working closely with Honda to supplement its wide-ranging redundancy support for its employees as well as offering specific help for workers in the wider supply chain.

Advice and support has been provided via virtual redundancy events, in partnership with Swindon and Wiltshire Local Enterprise Partnership (SWLEP), and a number of other information and wellbeing events designed to prepare workers for life after the factory closes.

The Council has enlisted the help of the National Career Service, in order to provide support to employees at supply chain companies, while a functional skills training programme has been organised.

A Facing Redundancy webpage has also been set up through the Growth Hub of SWLEP for all those affected by the factory’s closure and YTKO and Outset have been offering support to employees who want to start up their own businesses.

SWLEP has provided labour market intelligence and analysis of job opportunities to help Honda run a programme on future job opportunities and has held webinars on health and wellbeing for workers from Honda and its supply chain.

SWLEP has also provided £200,000 in funding to carry out a transport study, in partnership with Highways England, to identify how the local road network could be enhanced if the Honda site was used to support up to 8,000 jobs.

Earlier this year, Honda revealed that around 200 employees, who were part of the company’s first two waves of redundancy, are now in alternative employment, education or training. Some of those who were supported by the car manufacturer’s career transition service also used the advice and support on offer to take career breaks or begin their retirement.

Local businesses Catalent and Recycling Technologies have also stepped in to help Honda apprentices complete their courses and stay on in new jobs in growing sectors of the economy and a range of other local companies have also expressed an interest in recruiting from the company’s workforce.

Cllr Sumner added: “We are fortunate in Swindon because more than a billion pounds is being invested in employment sites in the east of the town, which includes Panattoni’s recent purchase of the Honda site and the huge new Amazon premises at nearby Symmetry Park.

“We are also investing over £100m in our road network to make our Borough an even more attractive place for companies to locate. Our town centre is set for a major transformation, while we have a brand new Institute of Technology about to open, exciting higher education facilities opening at Brunel’s former Carriage Works and an innovation centre focusing on sustainable technologies at Wroughton Airfield, so the future is really bright.

“Our experience of the last two years shows that Honda’s highly-skilled workers are in high demand and will provide a major boost to our labour workforce. They will continue to be Honda’s lasting legacy long after the car maker has gone.”

Paul Moorby, Co-Chair National Honda Taskforce said: “Honda of the UK Manufacturing has been an exemplary presence in our town, a truly world class leader in technology, developing the skills and aspirations of our workforce for many decades.

“Honda has been true to its word - indeed, observers are already saying the orderly shutdown, the partnership working and the mitigations put in place should be of interest to economic managers around the world. Honda, farewell and thank you.”