Swindon Borough Council has reaffirmed its position to support veterans of the Armed Forces. 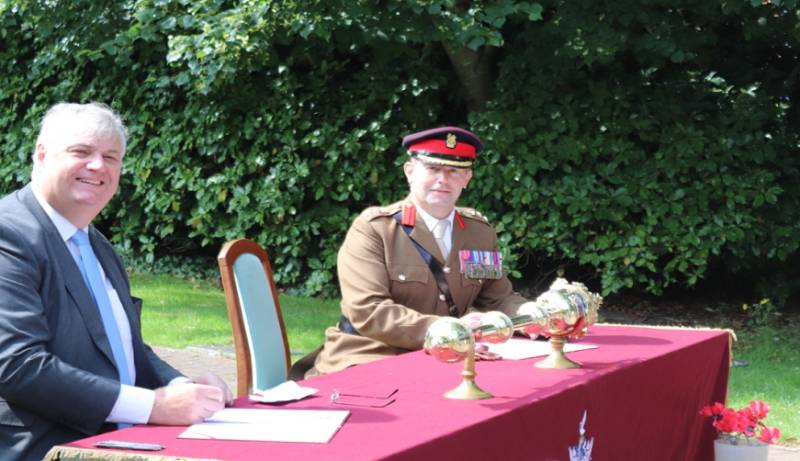 The Armed Forces Covenant, which was signed in Swindon on Friday 9 July, is a promise made by the Council, the NHS and local businesses and charities, to support those who serve or who have served in the armed forces, and their families to ensure they receive a fair and consistent service within the Borough.

For example, the Forces Help to Buy scheme, which has been extended until December 2022, has already helped over 22,000 service personnel nationally to get on the property ladder since it started in 2014.

Councillor Matthew Courtliff, Member Champion for the Armed Forces, who also attended the signing, said: “I am delighted to see the Council’s commitment to our tireless Armed Forces enshrined once again, and I’m thankful for the hard work officers have put into making it a reality.

“This promise, to deliver a better service for our personnel, will provide reassurance that the Council is here for them. We can help with many things such as assisting veterans and their families, of all ages and backgrounds, adapt their home, access education or aid them in getting into civilian employment.”

More information on the Armed Forces Covenant can be found at www.armedforcescovenant.gov.uk or via the Government’s summary here.