The recent pandemic has highlighted how important parks and green spaces are to the people of Swindon. 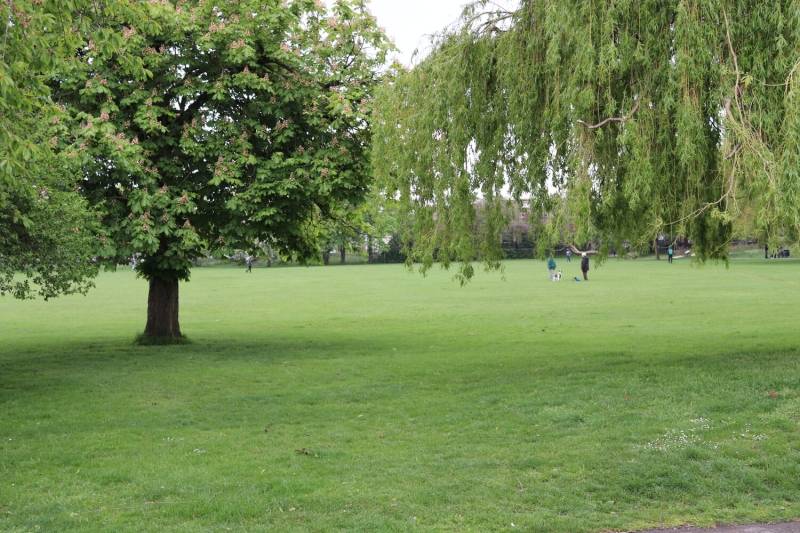 One of the most popular parks over the past year has been GWR Park on Faringdon Road which was bought by the Great Western Railway in 1844 to provide a cricket pitch for its employees.

In the 1870s extensive formal flower beds and greenhouses were provided and in 1904 it was estimated that 38,000 people managed to cram into the park for the annual Children’s Fete.

Funded by Historic England through the Heritage Action Zone and, working with South Swindon Parish Council who manage the park, the council has appointed landscape architects Cookson & Tickner to prepare a Conservation Management Plan.  This plan will identify ways to preserve and enhance any remaining historical features and help tell GWR Park’s fascinating story to visitors.

Residents are being asked for their views on the park via a short survey so it can be preserved and enhanced for future generations.

Councillor Dale Heenan, Swindon Borough Council’s Cabinet Member for Regeneration of Culture, Heritage and Leisure, said: "The GWR Park on Faringdon Road has played an active role in the town centre's social and leisure life for over 170 years.

“Historic England and Swindon Borough Council are delivering the regeneration of the Railway Village, and my priority is the restoration of the Mechanics Institute, just a 60 second walk from GWR Park.

“Any person who has an interest in GWR Park should complete the survey so that Swindon Borough Council and the Parish Council can make this area the best that it can be."

“GWR Park is not only the oldest park in Swindon but its history is steeped in Swindon’s Railway Heritage and its people.

“We are therefore pleased to be working on this project to further develop the park by listening to you the people who use and care about the park, making it a great place for future generations to enjoy.”

To fill out the survey visit: www.swindon.gov.uk/gwrparksurvey

This project is funded by Historic England through the Swindon Heritage Action Zone which is seeking to revitalise Swindon’s Railway Village.