The vast majority of children due to start primary school in September have today (16 April) been offered a place at their first choice school. 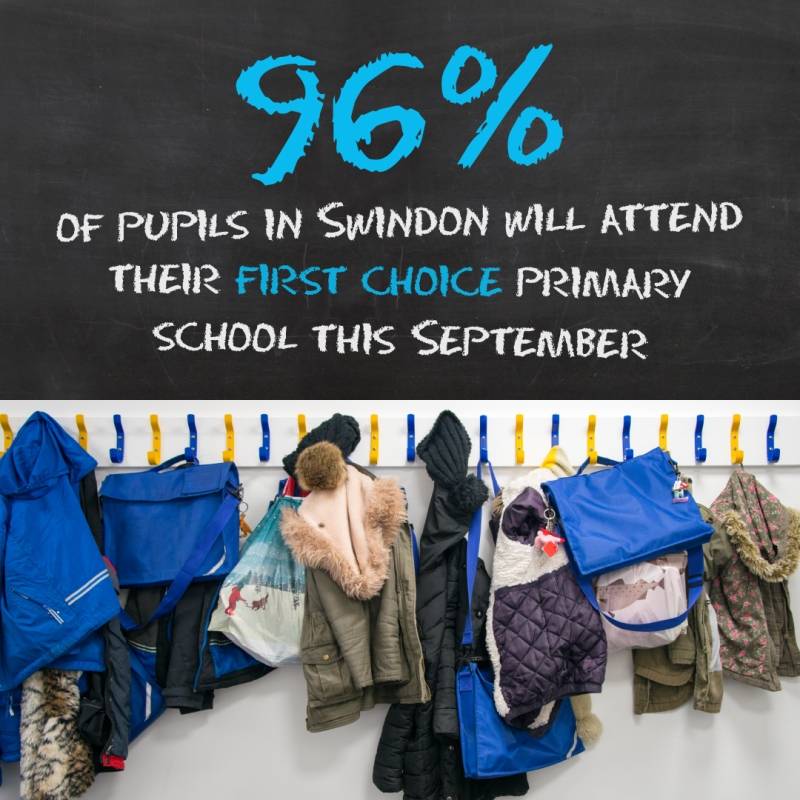 This year Swindon Borough Council’s School Admissions Team have been able to offer 96 per cent of pupils in Swindon their first choice primary school, while 99 per cent will attend one of their top three preferences.

This year, the number of applicants who received their first choice placement has increased slightly on last years’ results (95 per cent in 2020).

Parents will start to receive emails today confirming where their child has been placed, providing they applied by the national deadline in January.

The School Admissions Team received 2705 applications on time this year.

Annette Perrington, Swindon Borough Council’s Director of Inclusion and Achievement, said: “My team have worked really hard to ensure that as many children as possible get placed in their first choice primary school this year.

“This is no easy task, and takes a considerable amount of planning to ensure we have the right number of school places in the areas of Swindon that need them.

“Despite the challenges of the last year, I am very pleased that 96 per cent of pupils will be able to attend their first choice primary school in September. Myself and my colleagues would like to wish all our new school starters the best of luck for the future.”

If parents have any queries regarding primary school places for this September, they should email School Admissions at schooladmissions@swindon.gov.uk or contact the school directly.