Fifteen schools have benefitted from a five-year scheme to improve road safety outside their settings. 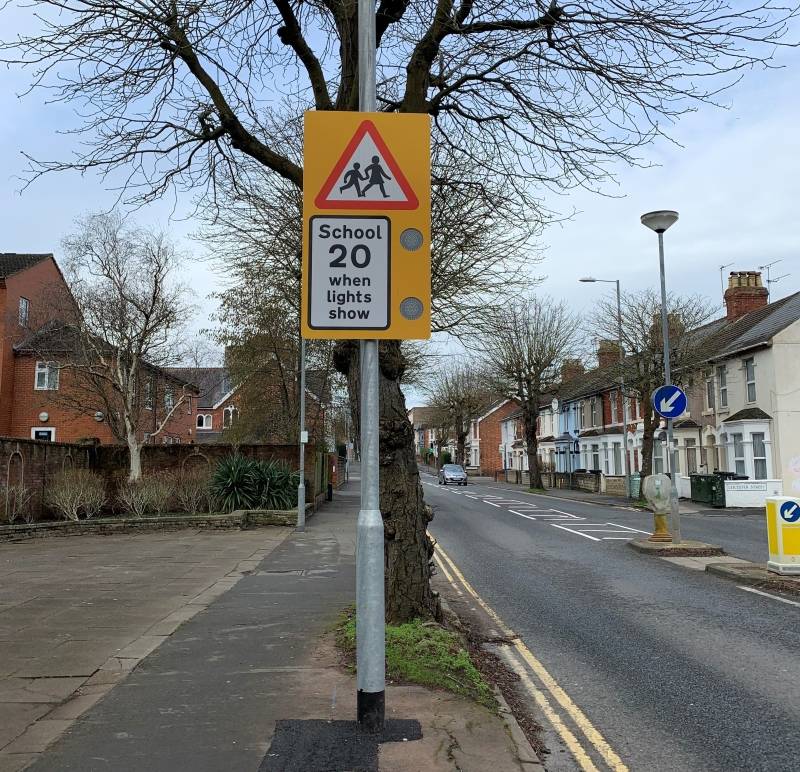 Swindon Borough Council’s School Safe Environment Zones (SSEZ) scheme is nearing the end of its first year after prioritising improvements at those schools which required the most support.

An annual budget of £100,000, funded by the Council, was used to support the introduction of a range of engineering, educational and behavioural measures to improve road safety outside and on the approach to each of these identified schools.

The design of each SSEZ is bespoke to the circumstances, characteristics and location of each school as well as the current behaviours of pupils and parents or carers.

The superimposed signs have also been introduced as a new feature for Lawn Manor Academy on Upham Road.

At many of the schools, the Council’s Traffic Management and Road Safety Team has been working closely with staff and students to introduce additional behavioural change initiatives, including installing banners outside the schools, providing access to an Air Quality Control tool kit and revisiting five-minute walk zones.

In March, a trial ‘School Street’ was introduced at East Wichel Primary School, with the aim of creating a traffic free zone outside the school, to provide families with the space they need to get to school safely. Traffic is prohibited from entering the section of Staldon Road adjacent to the school, from 8.15am to 9.30am and from 2.45pm to 3.45pm, except for permit holders. The trial School Street will be in place for up to 18 months, with a formal consultation taking place during the first six months. At the end of this period, the Council will then review the trial and decide whether the scheme should be made permanent or not.

A number of Cycle pods have also been ordered and are due to be installed over the next few weeks at all schools that have requested them.

Over the next few weeks, the remaining schools will be assessed and reviewed to identify those who will benefit from the second year of the scheme. The number of schools identified is likely to vary each year, depending on the scale of each safety zone.

Councillor Maureen Penny, Swindon Borough Council’s Cabinet Member for Highways, Maintenance and Waste Services, said: “Over the past year, the School Safe Environment Zones scheme has allowed us to work closely with key schools in Swindon to improve road safety and make the areas outside of these schools as safe as possible for local children. The scheme has allowed us to successfully identify the most effective measures at each school, while involving and educating the teachers, students and parents at each setting.

“The first year has been a great success, and I look forward to next year as we continue to implement key measures across the Borough to help protect pupils from the dangers of the road and provide valuable knowledge to help keep them as safe as possible.”

More information can be found on the Council website or by contacting ssez@swindon.gov.uk