Waste crews collect over 2,300 tonnes of recycling at Christmas

Swindon Borough Council’s waste crews collected a massive 2,358 tonnes of mixed recycling over the course of nine weeks this Christmas. 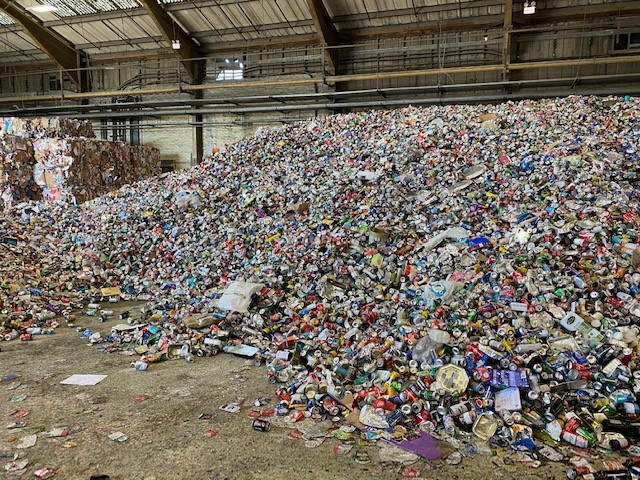 That is equivalent to around 181 double decker buses.

A huge amount of plastic recycling was also collected, totalling around 416 tonnes.

To support residents to recycle more, the Council committed to collecting additional recycling over the festive period. This additional service was well received by residents, with many taking the opportunity to put out extra containers filled with recycling.

Between cooking their Christmas dinners and watching festive films, residents took time out of their busy Christmas schedules to recycle almost 20 per cent more waste over the holiday period compared with the nine weeks preceding December 2020.

Not only is it considerably cheaper for the Council to dispose of recycled waste, recycling also carries huge environmental benefits, helping to conserve the planet’s natural resources.

In January, residents were also invited to take advantage of the Council’s Christmas tree collection service. The service proved so popular it was extended for a further two weeks.

Councillor Maureen Penny, Swindon Borough Council’s Cabinet Member for Highways, Maintenance and Waste Services, said: “Christmas is a really busy time of the year for our crews and we always see an increase in the amount of waste and recycling put out for collection during the festive period.

“I would like to thank our residents for their tremendous efforts to recycle 2,358 tonnes of paper, cans, glass bottles and more. By choosing to recycle these materials, our residents have helped to divert waste away from landfill so it can be transformed into new products.

“I’d also like to thank the crews for their tireless efforts to collect Swindon’s waste and recycling, despite the many challenges the pandemic has thrown their way.”

Residents are encouraged to keep their fantastic recycling efforts up to help Swindon meet the Government’s target of 60 per cent recycling by 2030.