Cabinet to discuss options for bringing Corn Exchange back to life

The future of a much-loved heritage building will be the focus of councillors at the next meeting of Swindon Borough Council’s Cabinet (3 March). 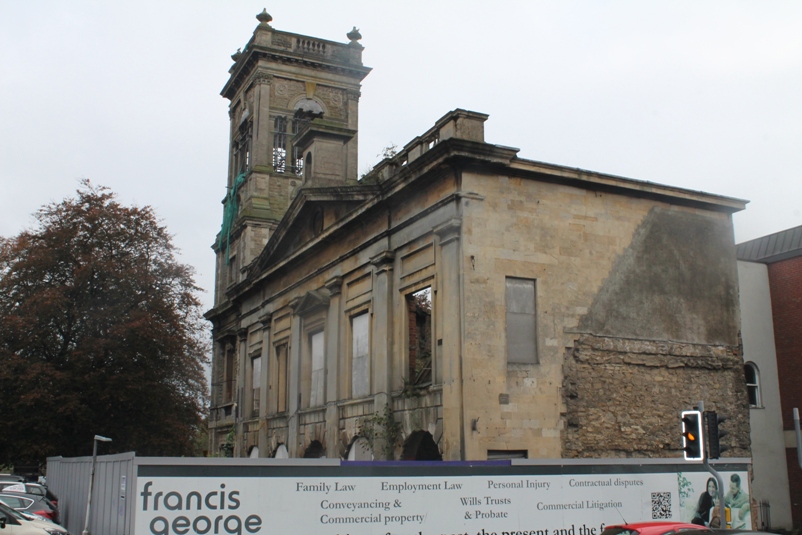 A lack of progress on plans to rejuvenate Swindon’s Corn Exchange and Old Town Hall buildings, better known locally as the Locarno, forced the Council to terminate a development agreement for the scheme last year.

Now councillors will look at what action could be taken if the owner of the building, local businessman Gael Mackenzie, does not bring forward a planning application for a revised scheme by June this year.

In the motion, Cllr Burns-Howell requested that council officers explore all options with the owner to see what would be required to guarantee a completed regeneration scheme by 2025.

Cllr Burns-Howell also asked council officers to consider what options are open to the Council if a scheme cannot be delivered and a planning application is not submitted by June.

Among the options to be presented to the Council’s Cabinet include using compulsory purchase powers, statutory powers or a range of enforcement notices, designed to preserve the building.

The Council has been actively trying to give the Corn Exchange a new lease of life for several years.

In November 2016, the Council entered into a development agreement with Mr Mackenzie and Swindon Corn Exchange Limited, led by Steve Rosier, to turn the Corn Exchange and surrounding council-owned land into apartments, restaurants and mixed commercial uses.

But, after Swindon Corn Exchange Ltd missed a number of deadlines to bring forward the scheme, including a final opportunity to submit a planning application by September 2019, the Council took the decision to terminate the development agreement to prevent any further delay.

Councillor Dale Heenan, Swindon Borough Council’s Cabinet Member for the Town Centre, Culture and Heritage, said: “The Corn Exchange, which is not owned by the Council, has been standing as an empty shell for far too long and, after giving the previous developer every chance to bring this important building back to life, now it is time for positive action.

“The building is owned by Gael Mackenzie and his architect is currently working with the Council’s planning team on a viable scheme.

“If plans are not submitted soon then this report lays out the steps the Council can take, starting with enforcement action, and ultimately a compulsory purchase.

“We are prepared to help, we will do what we can to support restoration and new uses, but it is important we finally see some positive movement with this important heritage asset.”

Cllr Nick Burns-Howell, representing Old Town and East Wichel Ward, said: “It was fantastic to get support for my recent Motion to Council, which now mandates a clear deadline for action to protect this important part of our heritage.

"Enough is enough. We need action not words and I look forward to working with the private owner if he is willing or able to submit a full planning application - reassured in the knowledge that if he fails the Council is preparing to take action.”