Science Rapper Jon Chase launched a challenge to young people across social media this week, in the lead up to next month’s Festival of Tomorrow. 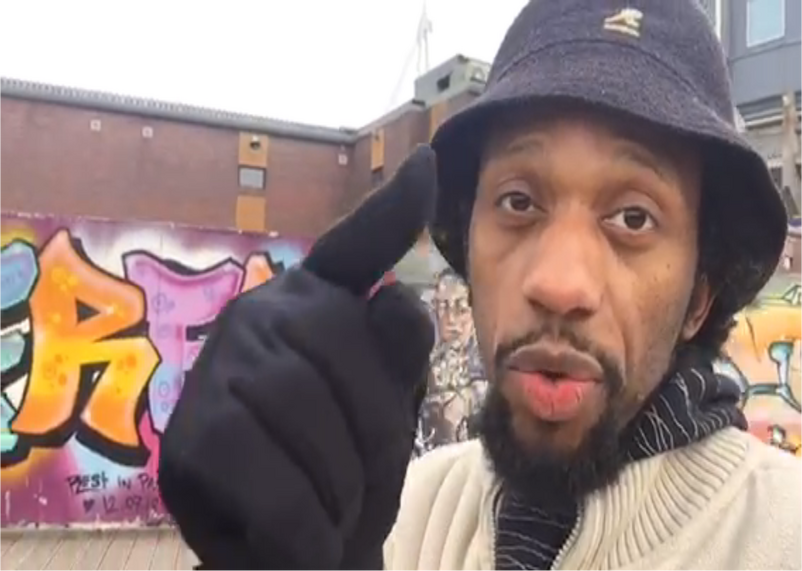 Some of the best entries will have the chance to be streamed alongside Jon’s own Rap Science show, during the festival next month. The challenge was launched by the science rapper on the Science Swindon social media channels, including TikTok, Twitter, Facebook and Instagram, with the chorus from his own rap, A Better View, and a challenge to young people to create their own performance.

“We're challenging Swindon students to tell us what you want science to do for your future,” explained Jon. “Upload your videos to any social media, with the hashtag #FestivalOfTomorrow and tagging Science Swindon, by 8 February.

“You can rap, sing, present, perform a demo or tell a story, on your own or in a group! No Powerpoint allowed, just you and something you’re passionate about!

“Make sure you get permission to upload to social media, and I’ll be selecting some of my favourites to stream at the festival on 20 February.”

Jon is the UK’s foremost proponent of Science Raps having performed at The Science Museum, The Royal Society, The Royal Institution, and at many theatres, libraries and science festivals across the UK. His raps have featured on CBeebies’ Rhyme Rocket, CBBC’s Space Hoppers and Channel 4 Learning as well as being included amongst the Bitesize science online learning resources.

The Rap Science show and challenge has been supported by the Institute of Physics South West branch, which also be exhibiting at the virtual festival.

The Festival of Tomorrow was held for the first time last February at STEAM - Museum of the Great Western Railway. The Swindon Borough Council-owned museum hosted the event in partnership with New Elements, and will be back again this year with over two months of exciting online challenges, activities and a schools’ programme before focusing around a two-day virtual festival on 19 and 20 of February.

Councillor Matty Courtliff said: “I have seen Jon Chase’s ‘Rapscience’ programmes and they are an incredible and innovative way of communicating science to young people, whatever their age or ability.

“This country needs the scientists, engineers, doctors and teachers of the future to start engaging with science now. We have seen with the COVID-19 pandemic that science is fundamental to our ability to survive into the future and education must be redesigned to meet the challenges of an evolving and uncertain world.

“I would encourage all young people to have some fun with science and submit a Rap, song or story. Who knows, you might not be the next Tim Peake but you could be the next Kanye West!”

Festival information is available at scienceswindon.com, and tickets will go live later this month.