Swindon Borough Council has appointed contractors for the next major highways schemes as part of the New Eastern Villages development. 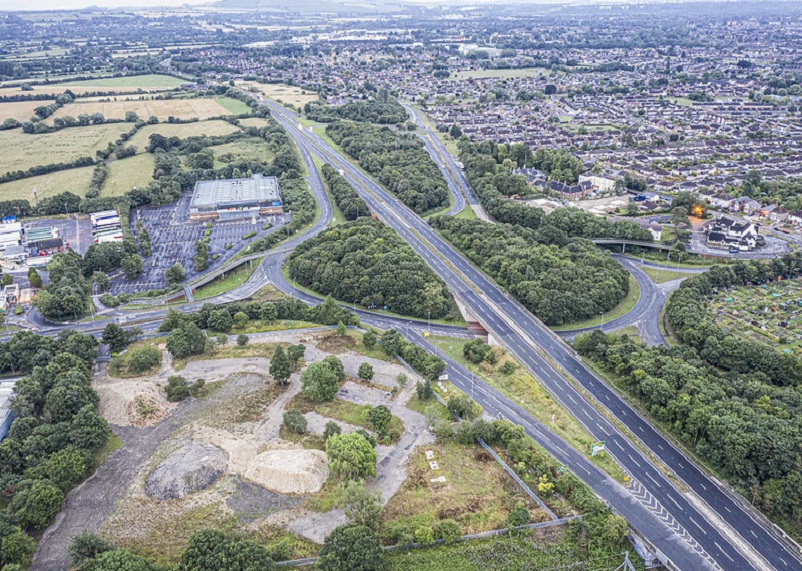 R&W Civil Engineering will be working at Piccadilly roundabout, near The Messenger pub, to alter the existing roundabout including installing a larger central island, widening the road on approaches, and improving the road markings.

Controlled crossings that are more user friendly for pedestrians and cyclists will also be installed and upgrades will be made to drainage facilities. The contractor will be setting up their site compound and beginning work at Piccadilly roundabout in early January. The improvement scheme will be due for completion in summer 2021.

R&W Civil Engineering will also be widening Oxford Road at the Nythe Road junction to allow two approach lanes in each direction. The pedestrian crossing will be upgraded and flooding mitigation measures will be implemented.

Work at Nythe Road will begin in January 2021 and is due for completion in summer 2021.

Dyer & Butler Ltd will increase the size of the roundabout at Gablecross junction and installing traffic signals to provide sufficient capacity in order to accommodate increased levels of traffic. Work starts in January 2021 and is due for completion in late summer 2021.

Significant progress has already been made at White Hart junction this year including the construction of the retaining wall on the A419 southbound off-slip, the surfacing and realignment of Ermin Street, outer widening work on the roundabout and the completion of a series of urgent pothole repairs.

Osborne, the contractor working on the White Hart junction scheme, has also completed preparatory work on the railway to allow future construction of a bridge. Alterations to the overhead line electrification on the railway will be made during the Christmas break when the railway line is not operational on 19 December from 11pm to 8am and on 25 and 26 December from 6pm to 6am.

This work is essential to allow construction of the bridge over the railway to form part of the new A419 northbound on-slip road.

Councillor Gary Sumner, Swindon Borough Council’s Cabinet Member for Strategic Infrastructure, Transport and Planning, said: “We are pleased to have appointed contractors Dyer & Butler Ltd and R&W Civil Engineering who will be kicking off improvements at Piccadilly roundabout, Nythe Road and Gablecross junction in the New Year.

“These three schemes are the next major milestones for the New Eastern Villages development which will eventually see 8,000 new homes built to the east of the A419.

“I’d like to thank residents for their ongoing patience while we continue work to improve capacity on the nearby roads and junctions to help support the housing development.”

Residents can stay up to date with the progress of the scheme by signing up to the NEV newsletter: www.swindon.gov.uk/newsletter