Exciting plans to rejuvenate the arts in Swindon could be given a huge boost next week when members of Swindon Borough Council’s Cabinet decide on where to build a brand new Cultural Quarter. 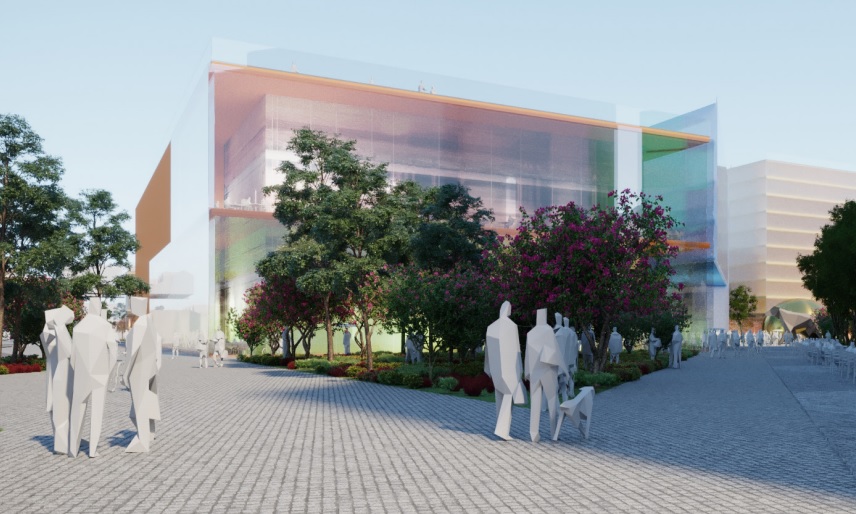 Over the past 12 months, the Council has been working closely with key partners in Swindon’s arts, cultural and business sectors to develop a credible and deliverable plan to create a new Cultural Quarter to help revitalise the town centre and boost the town’s cultural offer.

The Council’s Cabinet will discuss a report next Wednesday (21 Oct) which proposes to relocate the Wyvern Theatre and build the Cultural Quarter on the derelict Kimmerfields site, which lies between the railway station and opposite Debenhams on Fleming Way. Kimmerfields will also be home to the new flagship Zurich office, the first major office development in Swindon town centre for 20 years.

The proposals seek to enhance the cultural experience in Swindon, while also acting as an opportunity to reshape and increase the number of visitors to the town centre.

This exercise has been funded by the Swindon and Wiltshire Local Enterprise Partnership (SWLEP), and has followed an established development process with input from professionals in the sector.

Built in the 1960s, the town’s Wyvern Theatre is reaching the end of its life and new cultural forms and audiences need new facilities in which to thrive. Engineering reports highlight that there is a need for over £20 million of refurbishments.

The plans for the Cultural Quarter are expected to come to fruition over the next 10 years and include, among other things, a new theatre, dance centre, digital media and arts hub and new facilities to display Swindon’s nationally-significant art collection.

The whole development is expected to cost in the region of £80m. Most funding routes for cultural projects and capital infrastructure have been placed on hold due to the coronavirus pandemic, though the Council expects new schemes to be announced later this year and next. This work will ensure Swindon is well prepared for the next round of bids.

An economic impact assessment has concluded that the Cultural Quarter could add more than £35m a year to Swindon’s economy and could create as many as 1,200 jobs for the town.

The plans, if agreed at Cabinet next week, will be progressed through a partnership approach that brings together the town, the arts sector, diverse public and private sector stakeholders and funding bodies to develop and sustain a long-term cultural offer of internationally recognised scale and quality for all the people of Swindon.

Councillor Dale Heenan, Swindon Borough Council’s Cabinet Member for the Town Centre, Culture and Heritage, said: “When I took over as cabinet member, I made it clear to everyone that there needed to be a focus on fewer, more impactful projects that will make a visible difference to Swindon, and that change doesn’t happen overnight.

“The pieces of the jigsaw are slowly fitting together, with cranes and diggers now on site for the first new office development in 20 years, imminent decisions for £50 million of funding bids for the town centre, a refurbished Health Hydro, completion of the fantastic Carriage Works regeneration, new Hampton by Hilton and Premier Inn hotels and much more. Now is the time to present plans for a new Cultural Quarter and build on Swindon’s momentum to ensure that, by 2030, we will see a very different town centre.

“Cabinet’s ambition is to see the building of a new Wyvern Theatre with capacity doubled to 1,200 seats, which will attract the best national and regional shows and performers for residents to enjoy. We also want to deliver a new museum and art gallery that proudly displays Swindon’s nationally recognised collection of artefacts and exhibits.

“If approved by Cabinet next week, the next six months will see focus placed on writing the financial business case and investment prospectus, for the £80m needed to bring the Culture Quarter to life. This is a fantastic opportunity for Swindon and we must grasp it with both hands.”

The process of identifying an appropriate location for the Cultural Quarter involved two sites being considered – the current one at Princes Street, with the existing Wyvern, former town hall and Central Library at its core; and the Kimmerfields site.

Options were developed for both sites and, following an analysis of the relative strengths, opportunities and weaknesses of the two sites, a preferred solution of development at Kimmerfields was identified. A viable and attractive back up opportunity at the Princes Street site will also be available were this not to progress.

The Kimmerfields site has significant development benefits, with much of it already cleared and ready for construction. It occupies a central location close to the railway station and, as a gateway to the heart of the town centre, it provides the opportunity to spearhead town centre regeneration.

The proposals sit against a backdrop of significant change happening in high streets and town centres across the country, both pre and post pandemic, impacting footfall and the viability of retail led centres. Investment in Swindon’s cultural offer represents an opportunity to address these challenges by driving footfall in the town centre and allowing other amenities and businesses to prosper.

Viv Slayford, Artistic Director at Swindon Dance, said: “Swindon Dance has been based in the town hall for over 40 years, and while the building has been the bedrock to our early development it is now a cap on our future growth.

“Moving to the Cultural Quarter will give us the space and facilities to continue to grow and prosper across all areas of our work – professional and non-professional, local and international. It will also enable us to work with Swindon’s other cultural organisations to kick start the town’s economy and bring the passion and heart back to our town centre.

“Swindon Dance has a national and international reputation for developing young and professional talent in the dance world, supporting the growth of the art-form on the international stage and for making quality dance projects accessible to our local community regardless of a persons’ background.”

Paddy Bradley, CEO of the Swindon and Wiltshire Local Enterprise Partnership, said: “This is an exciting project for Swindon, which is rich in both arts and culture. Swindon has always had a fantastic cultural offering, from its amazing art and museum collections, through to its nationally recognised dance and theatre companies and vibrant music scene.

“The choice of the Kimmerfields site for this development is an inspired one, linking the railway station transport hub with the town centre through a cultural quarter buzzing with people. The SWLEP is delighted to help cement the future of Swindon’s cultural sector allowing it to expand and thrive.”