Lasting tributes will be made to an award-winning architect who devoted his career to helping the most vulnerable in Swindon. 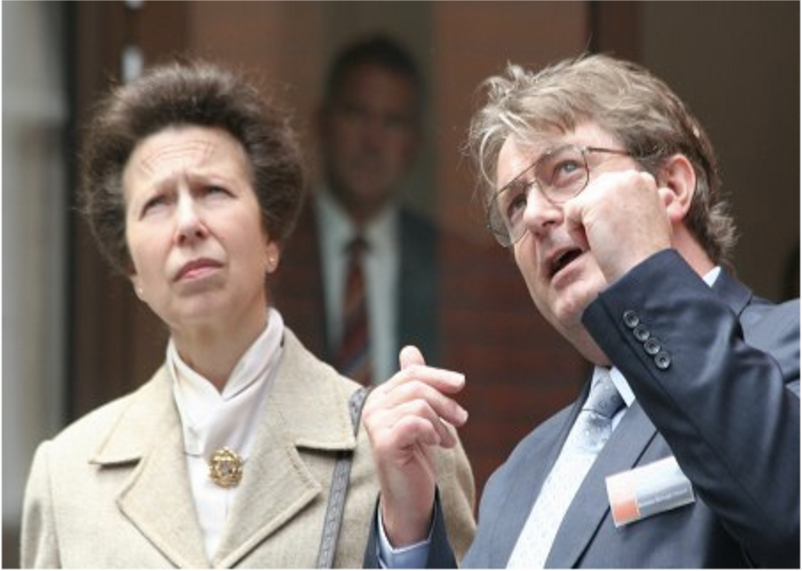 Swindon Borough Council will mark the passing of much-loved colleague Nic Newland at the building for which he will be most fondly associated – Swindon’s Central Library.

Nic, who passed away last month, joined the Council in 1999 as a Senior Architect before moving into the role of Head of Architecture and Construction Management.

With a strong passion for education and creating the best learning environments he could, Nic was involved in more than 90 school refurbishment and new-build projects throughout his 20-year career at the local authority, including leading on improvements at a number of special schools.

His flexible modular Class Solutions school design, which utilises connecting timber-framed blocks to easily allow schools to be built, extended and adapted, can be seen in a number of newly-built schools in the Borough including Croft Primary School and Tadpole Primary School.

He picked up countless awards throughout his career for his innovative designs as well as a number of LABC Swindon and West of England accolades for his school and housing developments.

Nic’s legacy will also live on through the countless assisted living bungalows he designed for vulnerable adults and his most recent concept of independent living units for Swindon’s foster families.

When the Mechanics’ Institute needed urgent repairs a decade ago, Nic oversaw the emergency work to keep the building safe. He worked on numerous regeneration projects such as the redevelopment of Sussex Square before putting the building blocks in place for the ongoing creation of 149 affordable homes at Queens Drive.

But arguably Nic’s greatest gift to Swindon will be Central Library in Regent Circus. The library, which was opened by Princess Anne in 2009, won a string of awards as well as achieving BREEAM excellence.

A winner of a BREEAM annual award, Central Library has a long list of green features, including natural ventilation, an efficient underfloor heating system, rainwater harvesting and sophisticated lighting controls. Nic’s designs also earned the Central Library a runner-up spot in the Royal Institute of Chartered Surveyors’ International Sustainability Awards. The design of the building was singled out for special commendation and, in getting to the international final, it won an award at the RICS’s South West Regional Sustainability awards.

In recognition of his role in its creation, a special photo of Nic, together with a plaque, will be displayed in the library, while a bench will also be placed in his honour in the courtyard he designed. The Council is also looking to name one of the buildings or developments he designed in his honour to commemorate his achievements.

Councillor David Renard, Leader of Swindon Borough Council, said: “I had the great privilege of working with Nic for a number of years and he will be a great loss to the Council.

“He was a great character and meticulous in his work. He also went the extra mile to ensure the people who used his buildings were at the heart of his designs. This was evident in the features he put into his assisted bungalows and I’m sure teachers and pupils who have benefitted from his new school designs will be appreciative of the flexible teaching spaces he created.

“In fact Nic’s Class Solutions concept summed up his attention to detail. The large classrooms are free from obstructions, the windows are closer to the ground to make it easier for children to see out of them and a ventilation system monitors temperature and oxygen levels so that fresh air is circulated to maintain concentration and alertness among pupils.

“In Tadpole Primary School, Nic even ensured each classroom had its own small domestic heating boiler so that the school was not reliant on a large expensive heating system which could close the whole school if it broke down.

“I am delighted we will be marking Nic’s passing at Central Library because he was so instrumental in its creation. He was the one who installed the colourful lights that bring the building to life at night. As a result, his life will always burn bright for those of us who knew him at the Council.”