The Government has awarded Swindon £1m in funding to help accelerate the Kimmerfields project in the town centre. 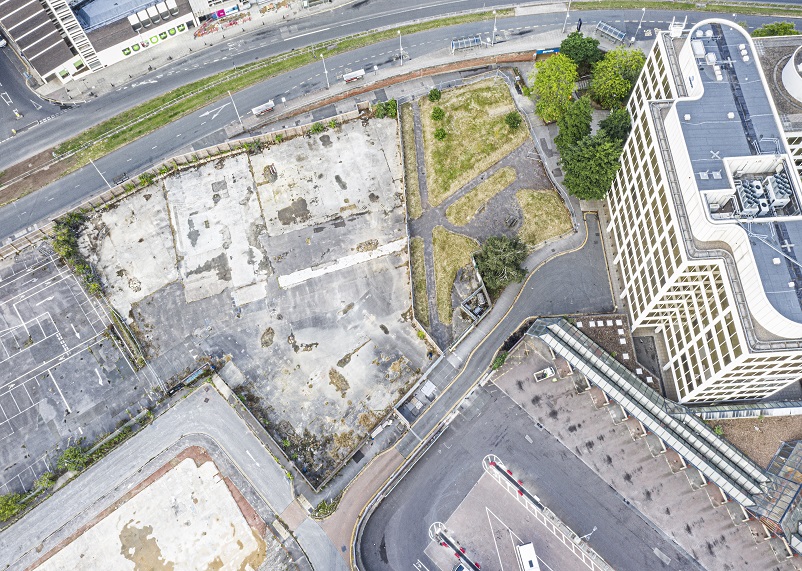 The regeneration project seeks to enable more people to live and work in the town centre, bringing a higher footfall and increase local spend to help boost Swindon’s economy and support the town’s high street.

Swindon was selected as one of 101 places across the UK to bid for the Government’s Towns Fund funding. An independent board of public, private and voluntary sector representatives including those from Swindon Borough Council, community groups, and public sector organisations such as Network Rail and Historic England, joined together earlier this year to draw up a Town Investment Plan (TIP) to bid for £25m in funding. A decision on the outcome of this bid is expected later in the year.

Ahead of the announcement of the Towns Fund allocation, the Government has awarded £1m in funding to help accelerate the Kimmerfields project. This money will be used for enabling works such as site investigations and clearance, design and contracting of site access, and reinforcing utilities infrastructure.

Councillor Dale Heenan, Swindon Borough Council’s Cabinet Member for the Town Centre, said: “Just before submitting the bid for £25m of government funding to support seven projects, including refurbishment of the Health Hydro, a further £1m became available from government if we could prove there was a credible proposal that would accelerate our projects and help make them shovel ready.

“With the Board’s support, the Council’s proposal on Kimmerfields was accepted, and I am very pleased that our lobbying with MPs has seen the full £1m arrive in the Council’s bank account this week. Cranes and diggers arrived in August for the first new office development in 20 years in the town centre, and this £1m should lay the foundation for the next set of cranes and diggers to arrive. I hope this is a sign that the Board will be successful in its bid for £25m from the Towns Fund, and shows that Swindon is bouncing back.”

In response to the economic challenges posed by the COVID-19 pandemic, the Council launched the ‘Swindon’s Bouncing Back’ campaign to show how businesses are being helped back on their feet as well as the wider work taking place to boost Swindon’s economy.

More information about this economic campaign can be found at: www.swindon.gov.uk/bouncingback